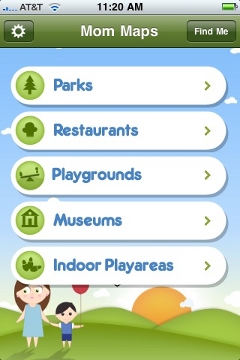 (Part of the To-Do List for Lexington series.  Click here for an overview and links to the rest of the series.)

In January 2008, we were in early discussions to buy Lowell’s.  Since Lowell’s focused only on Toyota brands, I had a simple question: How many Toyotas, Lexuses, and Scions are in Lexington?

It seemed like a fairly straightforward question, and since the county and state kept vehicle registration records, it seemed like the answer should be easy to find – especially since Indiana freely published precisely the kind of data I needed, but not for Kentucky counties.

After trying internet searches and coming up empty, I contacted the Fayette County Clerk’s office, who referred me to the state Department of Transportation.  After a few more phone calls, I learned that I’d need to file a request under the Open Records Act, specifying the exact data that I would need.  I later found that I’d also have to pay $225 to get the data.

It all seemed so needlessly bureaucratic: It was public information, after all – so why wasn’t it more public?

What followed was 13 months of a couple dozen intermittent phone calls, a similar number of emails, maddening unresponsiveness, and inane forms (including a mandatory contract which required that I wouldn’t use anyone’s personal data, even though the data I requested contained no personal information – it was just counts of vehicles by county).

Finally, this past February, I got the report I needed.  Well, sort of.  It was in a file and format which was nearly useless.  And, we got it a full 7 months after we bought the business, so much of the urgency to get the data had dissipated.  Still, we eventually wrangled it into something we thought was interesting and informative, and published the results in early April as the Bluegrass Vehicle Report 2009.

Bureaucracies often have a maddening, self-perpetuating logic wherein
the only purpose of the bureaucracy appears to be to maintain the
bureaucracy.  Laden with rules and restrictions, such organizations often turn their focus inward and forget their true purpose.  And rather than engaging with and serving their constituencies, they tend to serve the bureaucracy’s interests.

In the process, bureaucracies become tangled, closed, unmovable beasts which are hostile to the very people they are bound to serve.

Our vehicle data experience is, unfortunately, all-too-typical.  But it doesn’t have to be…

There are (at least) two ways in which we can create a more open city:

Open Information
Portland, Oregon recently approved an economic development strategy which
directed the city to open its information to the public in a
structured, standardized format.  Portland is just one of the latest in
a fast-growing list of progressive communities who are opening their data to
their citizens.

Portland followed in the footsteps of San Francisco which – through DataSF.org – has created a clearinghouse of over 100 sets of up-to-date government data.  That data includes geographic information, crime statistics, transportation data, and measures of performance for key city departments.

By standardizing this data and making it easy to download, San Francisco has enabled software developers to create rich new applications.  In just a few months, this move toward openness has spawned several mobile applications dedicated to anything from getting around the city to spotting neighborhood crime trends to finding places to take the kids.  It has even created a showcase of these applications, encouraging both users and developers to make use of the open data.

Indiana – for many years – has offered incredibly rich datasets on a wide variety of the state’s data on Indiana University’s StatsIndiana site.

By sharing this data – even when it is uncomfortable (like the crime
data) – these places are enabling citizens to understand their communities better.  If the crime data highlights problems, so much the better – at
least citizens know what they are dealing with, and the community can
begin to address problems with knowledge and insight.

In short, these places are making their communities more livable, while simultaneously encouraging local entrepreneurs to leverage the data to create new applications and new businesses.

These places follow a few simple rules to create useful clearinghouses of data:

In addition, most of the places adopting open data standards are also standardizing on lower-cost open source software.  By adopting open source platforms like Linux (operating systems), Apache (web servers), MySQL (databases), and Ruby (software development), the cities are able to move away from expensive proprietary systems from Microsoft, Oracle, and PeopleSoft, while simultaneously tapping into a rich community of developers, applications, and support.

Lexington can and should learn from these cities.

From an economic development standpoint, this kind of open
information is crucial to business growth.  In Lowell’s case, vehicle
registration information would have been valuable for developing better, more informed business plans and strategies.  Such information is crucial to local businesses as
they evaluate market opportunities in our city.  It would be equally critical for businesses
who wish to locate in Lexington from the outside.

And, most important, having more complete, more open information would help Lexington make better, more informed decisions and have smarter conversations about our future.  For example, we could have better evaluated the closure of South Limestone:

Some of these questions may have been answered inside the Lexington-Fayette County Urban Government (LFUCG), but those answers didn’t enter into the public discussions in a meaningful way.  If this data and these processes had been more open and transparent, the decisions made around the South Limestone project may have been very different.

Open Approaches
One of our most frequent critiques of LFUCG is the way in which it serves (or fails to serve) the interests of Lexington’s citizens and economy.

Nowhere is this more apparent than in the structure, timing, and conduct of LFUCG’s Urban County Council meetings, which seem designed to suppress thoughtful public discourse.

The council holds a bewildering array of meetings with a variety of purposes, but two of the most important meetings are held on Tuesdays at 3 PM or on alternate Thursdays at 7 PM. Depending on the agenda, citizen input comes either at the very beginning or very end of the meeting.  Each citizen is limited to three minutes to speak to council.  In fact, both citizens and council members are placed on a visible countdown clock to limit their discussion times.

This format poses a number of problems:

Such scheduling and time-allotment rules are relics of the last century: They seem more at home in the 1950’s or 1850’s than in 2009.  And they are leftovers of a bureaucracy which has lost its way – squelching civic discussion rather than contributing to it.  Worse, it shows disrespect and disdain for the very citizens those rules are supposed to serve.

[Note: What follows is excerpted from an old post which we feel framed the issue best.  Sorry to self-plagiarize.]

In an age of websites, blogs, Twitter, and Facebook, every business has had to engage in conversations with customers on the customers’ terms.  The ubiquity of the internet means that these tools are available to nearly everyone, nearly everywhere.  The latency of the internet means that the conversations don’t have to happen at the same time – they can build over time.  The internet’s ubiquity and latency forms the foundation of a new and better town hall.

The internet provides the perfect public forum for every citizen to express his or her public policy views, ideas, and thinking.  Even better, our ideas can build on one another as we tinker with and improve the ideas of our neighbors.  Plus, conducting civic conversations on the internet can happen around the clock.  Citizens can participate in the public discussion when and where it is convenient for them, not for the elected representatives who serve them.  Isn’t that the way it should be?

Further, every single representative should publish their conversations, thinking, dilemmas, trade-offs, beliefs and positions (and the transactions between them and other interested parties – like developers or investors or campaign contributors).  These records should be posted online for all citizens to see, comment on, debate, and improve.

The council members’ emails are listed on the city’s website, as are the mayor’s newsletters.  But these are old, closed, one-way forms of communication.  They aren’t vibrant community
discussions.

So, do I want to see tweets that the mayor’s advisor is picking up eggs?  Or a Facebook entry featuring the halloween costumes of the councilwoman’s children?  Not particularly.  But we
deserve to see real-time updates of their thinking on critical community issues.  We should know why they have changed their minds at the last minute.  They should tell us who they talked with and what they said.  After all, they are public officials.  We should see into a transparent civic machine which serves all of us.

What is clear is that a 19th-century civic apparatus has hamstrung our 21st-century community. The ancient contraption allows far too many secrets to hide within.  Whether our representatives and our governments use blogs, Twitter, Facebook, or some other platform matters far less than whether they start participating in open conversations with the people they serve.

The technology already exists.  Millions of people already use it. Thousands of your constituents use it every day.  It’s easy.  It’s free.  And it will make Lexington better.  What are you waiting for?

Lexington needs to adopt open, transparent, and up-to-date approaches to serving its citizens.  Lexington should also provide open information about the city so that we all can make smarter, more informed decisions.