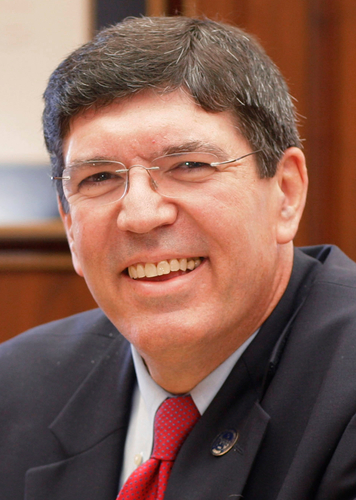 On November 2nd, Lexington chooses its mayor.  I’ve spent much of the past few years observing the two candidates in action.

Here, I address in some detail why one is the wrong choice for Lexington.  Next, I’ll address why the other candidate will lead Lexington to a more prosperous and successful future. 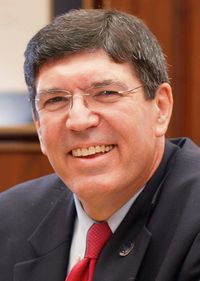 Among other proposals, the ordinance suggested that lobbyists be prevented from serving as fundraisers or campaign treasurers for local campaigns.

Two days later, Newberry attended a $10,000 fundraiser for his campaign at the home of David Whitehouse, a registered lobbyist.

Proposed after the Urban County Council had adjourned for its winter break, little came of Newberry’s ethics proposal when council reconvened in 2010, and the mayor did little to promote his ethics initiative.

In microcosm, “Lobby-gate” encapsulates Jim Newberry’s tenure as Lexington’s mayor.  Let’s look at a few themes which emerged from this incident:

Why would Newberry attend  fundraiser in a lobbyist’s home only two days after suggesting that Lexington should eliminate such a practice?  He either didn’t think – or didn’t care – about how apparently inappropriate his actions were.

While ethics reform was a centerpiece of Newberry’s 2006 run for mayor, he waited over 3 years to offer a proposal, and did so only as he and his competitors were ramping up for the 2010 campaign.

When questioned by local media about the fundraiser, his response was less-than-satisfactory for a ‘reformer’: “I… will continue to operate by the rules of the world as they exist.”

With his ethics proposal, Newberry could now make the empty claim that he ‘delivered’ a campaign promise for ethics reform.  Meanwhile, he would do precious little to see his half-hearted proposal – made while council was on break – into law.

Refusing to act on ethics reform allows lobbyist-contributors like Whitehouse (who represents a software firm that did work on the city’s financial systems) to operate without scrutiny or interference from the city.

Isolated to a single incident, these flaws might be forgivable.  But they are not isolated: We can see these tendencies consistently pervading Newberry’s conduct as mayor.

Scandal Blindness
This administration has been plagued by scandal.

While actions in question failed to rise to the legal definition of fraud, the investigations into the Johnston affair revealed fresh concerns over how Newberry’s administration behaved – including audit breakdowns, ethical failures, privacy breaches, and retaliation.

After months of obstruction and delay in the Johnston affair, Lexington was left with a ridiculous predicament: the city government sued itself, and taxpayers footed both sides of the $50,000 bill.

While Newberry wasn’t implicated in these scandals, he has been indecisive and ineffectual in responding to them.

First, Newberry minimized possible wrongdoing.  Then, he questioned the motives and challenged the authority of those who wanted to take action on the scandals, preferring to let the respective boards handle their ‘internal’ issues.  As weeks and months of inaction (and, in some cases, obstruction) became deeply embarrassing, he finally ‘welcomed‘ the investigations which were already underway.

As scandal upon scandal broke, Newberry could have learned from each one – figuring out how to lead decisively in the face of scandal.  Instead, Newberry seemed to intensify a kind of bunker mentality – choosing to hunker down until the uproar passed.

Failure to Lead
As seen with the scandals above, Newberry has demonstrated an appalling failure to lead just when his leadership was needed most.

Another area which needed strong mayoral leadership has been Lexington’s urban development, especially throughout downtown.  Instead, Newberry has adopted a laissez faire attitude – opting instead to do little to help guide downtown development efforts.

As we’ll see more in a few moments, when the mayor actually does take decisive action, the results are questionable.

Hypocrisy
Without apparent shame, the mayor often maintains a stark and hypocritical disconnect between what he says and what he does.  He seems to think that voters won’t notice if he does one thing while he says the opposite.

This serial hypocrisy is compounded by Newberry’s profoundly Bushian inability to admit mistakes. Such lack of humility means that he is unable to go back and fix the problems of his administration.

Newberry’s campaign is built upon the cynical belief that voters will remain ignorant of such hypocrisy.

Favoritism
There is a short list of mayor-driven accomplishments during the Newberry tenure: downtown streetscapes, the Lyric theater, the $160 million water plant, and CentrePointe stand out.  As we look across this list, we notice a distinct pattern: the primary beneficiaries of the mayor’s action – when he chooses to actually take action – are Lexington’s richest citizens and companies.

These projects were among the most contentious that the council considered over the past four years.  And on each one, the mayor was more active and vocal than usual in strong-arming them through council.  For whose benefit?

Failure to Deliver
When we look over the Newberry record, we have to ask what Jim Newberry has really accomplished for Lexington.  And that record is not impressive:

After so many fumbles, it is time to bench our current mayor.

Jim Newberry is the wrong choice for Lexington.