A Small Business Perspective on Jobs and Tax Cuts 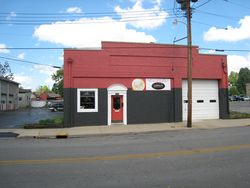 In late July, one of our technicians left our award-winning auto repair shop to return to his hometown.  He has been our only employee to leave since I bought the business over two years ago.

His departure raised a question for us that a lot of small businesses have faced in this economy: Do we accept the risks of hiring a new employee to replace him?

The answer, I think, is instructive for many of the economic and political issues facing our country.

Impatient voters punished Democrats two weeks ago for not giving enough focus to our nation’s sputtering economy after the near-implosion of 2008.

With our nation’s unemployment rate hovering just under 10% (and ‘real’ unemployment much higher), voters sent a clear signal that they want government to focus on creating jobs and growth.

According to the Small Business Administration [PDF Link], small businesses like ours make up 99.7% of employer firms, and account for two-thirds of new job creation.

Both Republicans and Democrats have reiterated the importance of getting small businesses hiring to get our country’s economy moving again.

This week, congress reassembles in the wake of the elections to consider extending temporary tax cuts  implemented under the Bush administration in 2001 and 2003.

Republicans want to extend the entirety of the Bush tax cuts, which would add $5 trillion to the national deficit over the next ten years, and vastly expanded the national debt over the past decade.

Democrats want to extend the tax cuts as well, but would let them expire for the highest-income households which make over $250,000 per year.  The Democratic plan would cost almost $700 billion less than the Republican plan over the next ten years.

Republican leaders claim that giving tax breaks to top earners is critical to generating the new jobs that the economy needs to recover.

Just how would the Republican proposal affect small business jobs? A hypothetical example from my industry might help us get to an answer.

For those few shop owners in such a fortunate situation, what are the implications of extending the Bush tax cuts for those making more than $250,000?  Under the Republican plan, that shop owner would save an incremental $1,500 in taxes over the Democratic tax cut plan.

As a small business owner, I’d happily take the $1,500.  But such a small amount would give me zero incentive to undertake the much greater expense – and risk – of hiring a new employee.

So while extending the Bush tax cuts would certainly line my pockets, they would do little to encourage me to create jobs in my small business.

Some observers might contend, as incoming House Budget Committee Chairman Paul Ryan did on CNBC yesterday, that most job growth comes from larger “small” businesses and that my example above isn’t really that relevant to job creation.

Under the Republican plan, that business owner would save an additional $125,000 in taxes over the Democratic tax cut plan.  Now, this seems like an amount which might let a business hire a couple of additional employees.

But while the tax savings might be enough to hire additional employees, it provides little actual incentive to use that newfound money to hire in an uncertain economic environment.

A tax windfall fails to meet a prudent business owner’s criteria for making a hiring decision. Business owners don’t hire because we have extra money laying around. We don’t hire out of charity. We hire when there is more work to do.

Again, I’d happily take the $125,000.  But I’d also know that a drop of just 1% in my sales – a fairly likely risk in our current economy – would wipe out my tax savings.  If I were that business owner, I’d stash my cash as a hedge against an uncertain economy.  Net effect: no new jobs created.

The criteria for hiring is scalable: Whether a business has $1 million, $10 million, or $100 million in sales, the decision to hire is based on needing employees to meet demand – not on having spare cash supplied by tax cuts.

In my shop, the economic slowdown – coupled with a nearby street closing for almost a year – contributed to a sales decline of over fifteen percent from our record 2008 levels.  The declines would have been worse if not for our solid reputation, our increased community involvement, and our vigorous marketing.

In fact, our business has more customers than ever before; It’s just that each one is investing far less in their cars.  We see a lot more folks putting off needed maintenance and hoping that their cars won’t break down.

And as I look at replacing the technician who left in July, this drop in sales has been my primary consideration.

I’ll hire when our core business is better – when there is more work to do – and not just when I have a convenient pile of cash.

And to make our business better, we need more customers with more money – and more willingness to spend.

To encourage small business hiring, policymakers need to encourage spending.  In particular, they need to encourage the kind of spending which reverberates through the economy as that money is spent and respent in the form of wages, further buying, more wages, and – ultimately – hiring.

This respending feedback loop is key to creating enough demand that businesses like mine will start to hire again.  It is key to driving our nation’s self-sustained economic growth.

The fatal flaw of tax cuts for the wealthy is that the cuts don’t foster respending at a scale which drives significant hiring.  As seen in my examples above, a large chunk of each dollar given out in tax cuts to the wealthy is stowed away in savings – thereby stunting the benefits to the economy.

Tax cuts to the rich don’t yield as much overall economic benefit because the wealthy don’t need to (and won’t) spend that money, thus diminishing the virtuous feedback loop. 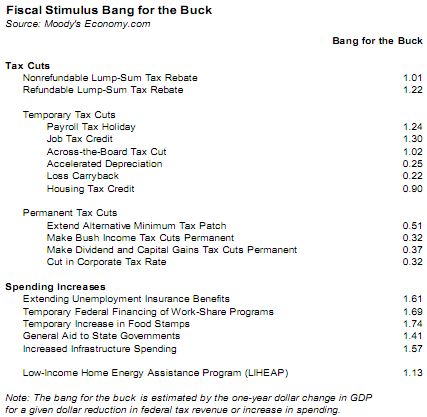 Government spending which goes to those in need – the poor, the unemployed, state governments – does get respent (often out of necessity) and the feedback loop is much, much stronger than with tax cuts.

If I’m looking at my bank account, the tax cuts seem like a fantastic idea. More money for me!

Lose the tax cuts.  Give me customers instead.