Is CentrePointe a crime? 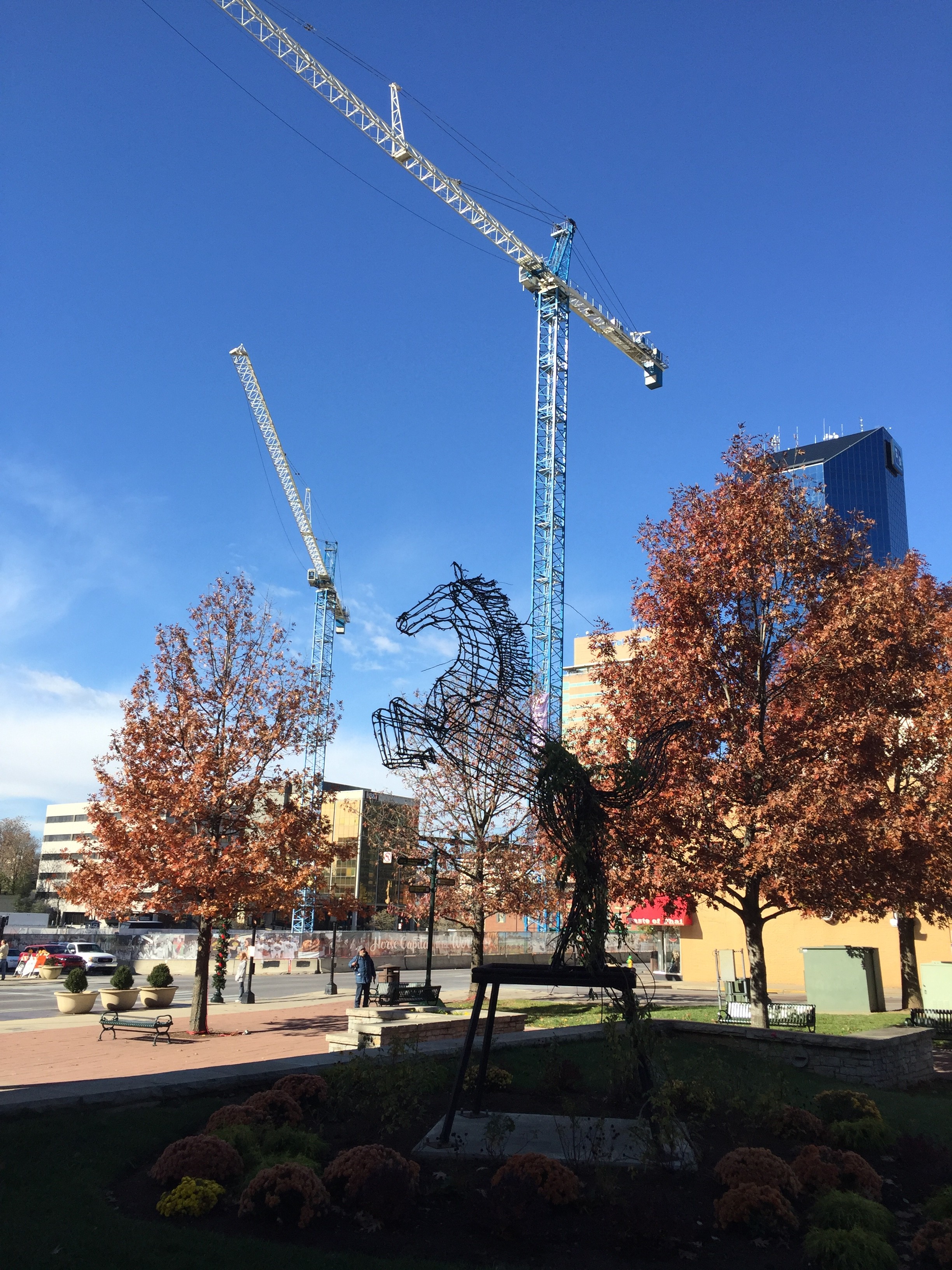 Every one of those promises have been exposed as elements of an elaborate fraud designed to scam taxpayers out of over $100 million.

Luckily for us, CentrePointe’s fraudsters are particularly inept developers. Their continual bumbling would have been comical – if not for the physical destruction and disruption they wrought in the center of our city.

There was the mystery overseas financier with a pile of cash to fund CentrePointe. Who died. Without a will. His cash was in numbered Swiss bank accounts. There were the meetings in Zurich with the heirs, who were committed to CentrePointe. When that fell through, there were a succession of banks ready to step in. And the developer constantly emphasized how eager the banks were to get into this amazing project. Last year, there were all of the bond investors and underwriters who were so close to jumping aboard. But none of these financiers, banks, investors, or underwriters ever actually materialized. Bumbling.

There were the new developers who emerged last August, and who wanted an even worse deal for the public than the Webb Companies did, before their scheme appropriately collapsed and they withdrew from the project. Bumbling.

There was the never-ending chain of missed timelines and broken promises: The developers were always one approval or one transaction away from starting (or restarting) the project. They plastered ‘Coming Soon!’ billboards on the site. They always expected to break through in 30, 60, or 90 days. And as they blundered their way from deadline to deadline, eight years passed. Bumbling.

There were the imaginary collections of eager tenants. JW Marriott! Hard Rock Café! House of Blues! Jeff Ruby’s! Urban Active! Stantec! And then there were the 61 (or 64! or 65!) ‘handshake’ deals for CentrePointe’s million-dollar condominiums. Every one of which backed out – or was never actually involved in the first place. Bumbling.

There were all of the pretty pictures of ugly designs, as the developers discarded architects like underwear. Bumbling.

There were the fantasy financial projections. CentrePointe’s fraudsters attempted to use public tax increment financing to help fund the project. Using aggressive and unrealistic assumptions about their hotel, retail, office, and residential tenants, they implied that CentrePointe would have a greater economic impact than ever possible. And they used these artificially inflated business models to convince state and local leaders to support the project with public taxes. But even when they rigged the game in their favor, they were unable to pull off their deception. Bumbling.

Finally, there was the developers’ hilariously amusing tendency to wildly lash out at their sharpest critics (including me once back in 2009). In these kneejerk responses, they almost always portray themselves as victims and defiantly attack the motives and the intellect of their critics, while unintentionally betraying a deep sense of shame at their own impotence. Bumbling.

Meanwhile, the CentrePointe block itself actually regressed. The historic, dilapidated buildings on the original site were pounded into an ugly pit of rubble in 2008. In 2009, the developers topped the rubble with dirt, creating a downtown dust bowl. The poor drainage on the site meant that it turned into a mosquito-breeding pond whenever it rained – as it did a lot that summer.

In 2010 – in tacit acknowledgement that little was likely to happen on the site – the developers created a tiny horseless horse farm, complete with wooden fence.

Four years later, they blasted a 30-foot deep hole in the ground, and quickly erected cranes which have since been largely inactive. Today, the motionless cranes remain the only significant structures on the site. For the past two years, no progress has been made on CentrePointe.

The past eight years have seen the site move from a functioning part of the community to a blighted eyesore and nuisance.

As I read through the most recent CentrePointe developer screed [PDF] from this week lashing out at the city, the press, and social media for not coddling the developers enough, I reflected on the past eight years.

Eight years later, we’re left with an endless stream of empty promises, no jobs, and Lexington’s biggest hole. The plans for CentrePointe have become cheaper, smaller, later, and less grand. And less likely.

CentrePointe – or whatever it is ultimately called – will never be built until a competent developer takes over.

With their agreement with the city that they must fill in the site if it sits idle for more than 60 days, I expect that these developers will attempt to string the city along with superficial actions. Every couple of months, they’ll rearrange the deck chairs of this land-bound Titanic, but it is still doomed: They won’t actually build a thing.

In writing about CentrePointe over the past eight years, I’ve declared CentrePointe a scam, a con, and a fraud. I must admit that I used these terms somewhat loosely and provocatively, and I always meant to.

I never intended the terms in a strictly legal sense. But why not? CentrePointe is definitely a bumbling eight-year-long failure on the part of developers, but could it actually sink to the legal qualification of criminal acts? Did the developers knowingly lie and deceive the public and public officials in a naked, greedy attempt to loot our treasury?

Is CentrePointe a crime?

They’ve lied so much that they lose track of their lies.* And their lies are well-documented.

And if they actively deployed these lies to obtain public financial support for which they weren’t properly qualified, well, that sounds like fraud, attempted fraud, or conspiracy to commit fraud to me.

Is CentrePointe really a crime? I don’t know. But now – eight full years into this debacle – might be a good time to ask.

* In August 2014, for instance, they claimed that they had already spent $29.4 million on CentrePointe. In their screed just this week, they claimed the less impressive figure of $28.0 million. So, which is it?

2 thoughts on “Is CentrePointe a crime?”